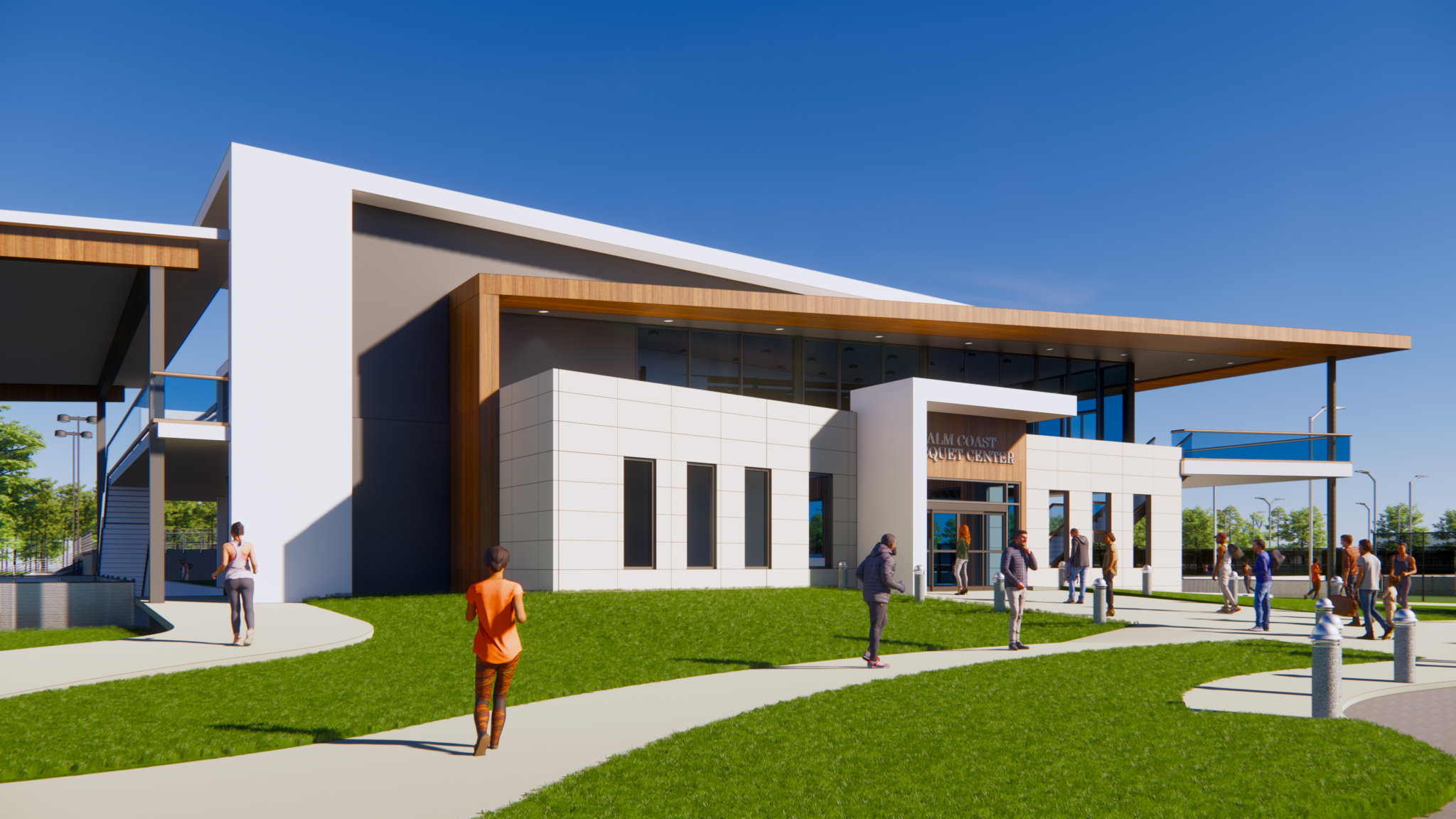 Palm Coast Southern Recreation Center, initially housing the USTA National Award Winner for the Outstanding Small Public Facility, offering tennis enthusiasts 10 Hydro-grid clay courts lighted to tournament standards. Home of the USTA Futures Men’s Tournament, the PCTC delivers a quality facility for players of all ages and abilities. A master plan for a section of the property was completed around 2004 and in 2007 the initial development of the tennis center was constructed.  Since the development of the tennis center, the needs of the community have changed. City Council directed staff to modify the master plan to utilize the remaining available lands to create a community center and expand the recretaion offering.

OLC was retained by the city to provide the master plan. The resulting master plan includes adding 5 Hydro courts to complement the existing 10 courts for a total of 15 Hydro courts. In addition to a stadium court with 400 people seating capacity, the center will also include 6 hard courts, 4 Junior tennis courts and a training hitting wall. Also included are 17 pickleball courts of which 7 are covered with plans to cover an additional 6 courts. The master plan contemplated a 2 phase approach.

Upon approval of the master plan, OLC was hired to design Phase One, including the Southern Recreation Center, an 11,500 SF indoor/outdoor recreation building, that includes large social lobby, outdoor seating area with views of tennis and pickleball courts, men’s and women’s locker room, food and beverages kitchen and bar, community multipurpose rooms and viewing balconies, and administrative and support functions

As part of phase one construction, 12 Pickle ball courts 6 of them are under cover will be added. The new Community Recreation center will also be connected to the Trail Head facility and acts as a multi- function recreation hub for the southern part of the city.